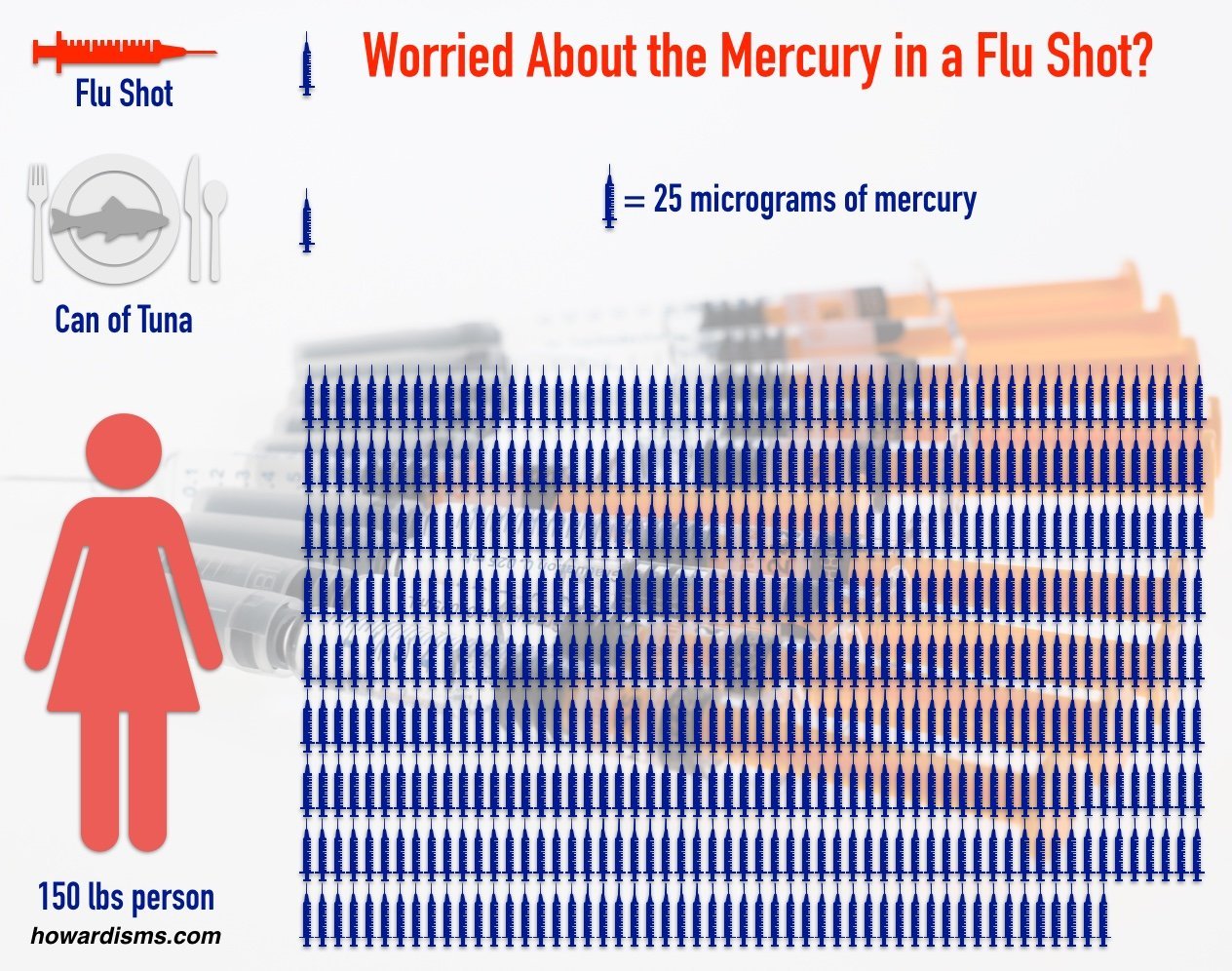 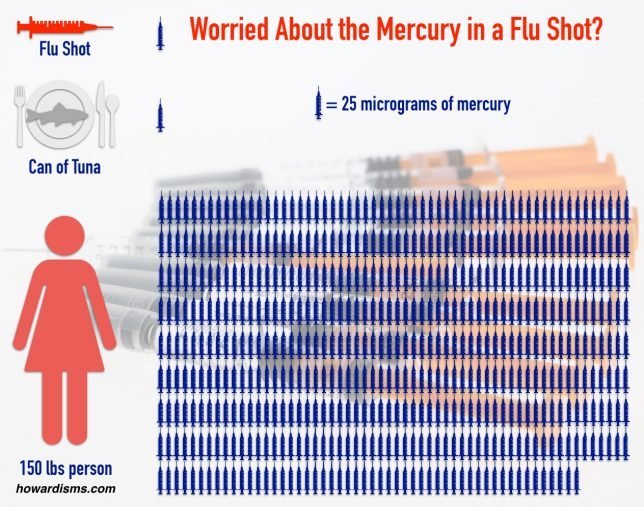 Mercury. It must be the cause of all our problems today. So, if you’re worried about it, here’s some data: One can of tuna has the same amount of mercury as a flu shot (but apparently not the ability to save your life like a flu shot). You should also know that the following foods all contain mercury (listed in order from highest amount to lowest):

Fortunately, french fries and white bread are negatively associated with serum mercury levels. So, grab some french fries, try not to catch the flu, don’t have any wine or any of the other foods listed above, and you’ll still have over 500 times as much mercury in your body as there is in a flu shot.

By the way: basically all vaccines are available today in single dose ampules, which means they don’t need a preservative and therefore don’t have any mercury. 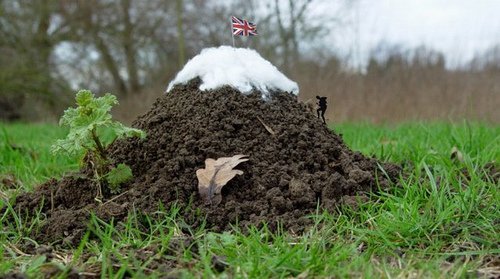 One more point: everything is bad in sufficient quantities: water, oxygen, anything. There are people on the Internet right now selling herbal teas with more mercury in them than a flu shot while at the same time claiming that mercury poisoning is the cause of all ill-health. They are metaphorically making a mountain out of a mole hill. Did you ever break a thermometer when you were a kid and play with the mercury in it? That 0.5 gram of mercury is equivalent to the amount of mercury in 20,000 flu shots. Perspective is important.

If you look too closely at certain things, you will over-magnify their importance (making a mountain out of a mole hill). If you look too broadly at certain things, you will miss significance (making a mole hill out of a mountain). Magnitude of effect is far more important that P-values or strengths of association. A little common sense (Bayesian inference) is necessary to give context and perspective to things. Most people can tell the difference between a real mountain and a mole hill, but only because they have perspective. Be leery of anyone who tries to steal your perspective, whether a scientist or a quack.

Paved With Good Intentions … Or, How Do I Do A Vaginal Delivery?