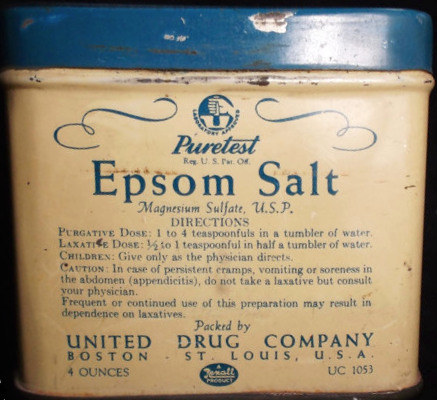 In this three part series, we will look at the evidence behind magnesium sulfate for treatment of three problems in obstetrics: prevention of maternal seizures in women with preeclampsia (Part 1), treatment of preterm birth (Part 2), and prevention of cerebral palsy in preterm infants (Part 3).

The history of magnesium usage in pregnancy is profoundly interesting. The drug has risen from a treatment of constipation to an obstetric panacea in the minds of many; but while one indication proved accidentally valuable (prevention of seizures), another was nothing more but wishful hope for a savior (treatment of preterm labor), and the last indication is a case-study in the misuse of statistics by those who cling to dogma and pet-theories (prevention of cerebral palsy).

Eclampsia is the presence of grand-mal type seizures (or possible post-ictal coma) in pregnancy without other explanations, occurring before, during, or after labor and delivery. It is usually associated with preeclampsia. Today, in the United States, maternal and perinatal mortality due to eclampsia is rare; however, it remains a significant cause of mortality in the third world. Magnesium sulfate IV or IM is used to prevent seizures in women with preeclampsia with severe features, as well as prevent recurrent seizures in women with eclampsia. (Current terminology and criteria for preeclampsia are available here.) 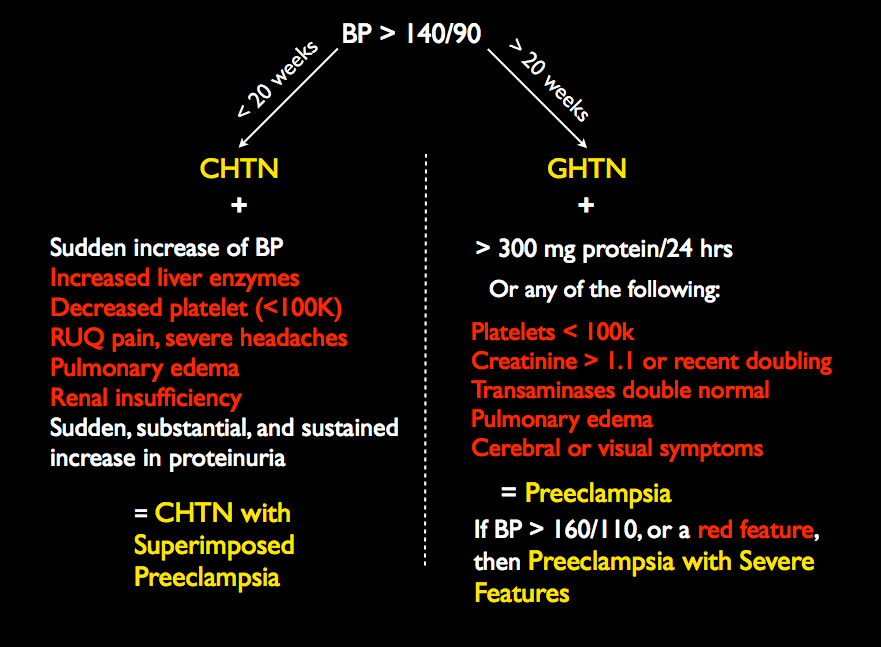 History of the treatment of eclampsia.

In 1916, Joseph DeLee reported that mortality from eclampsia ranged from 20-45%. Williams, in 1908, reported that maternal mortality ranged from 20-25% and fetal mortality from 33-50% (Williams Obstetrics, 2nd edition). Management of preeclampsia/eclampsia in that era consisted mainly of sedation (with morphine and/or chloroform) and delivery. Since there was no good method of induction, mechanical and surgical methods of induction were often employed and cesarean delivery was used by the more aggressive physicians or in the more severe cases.

In a world of trephining and renal decapsulation, Lazard’s magnesium sulfate seemed rather innocuous. Indeed, no controlled studies existed for any of these interventions, so treatment choices of the time typically gained favor if they seemed to provide an acceptable result without much harm. The idea of magnesium salts started as a form of catharsis to purify women of toxins. Proteinuria was felt to indicate the need for dietary protein restrictions, and anything that caused diarrhea was viewed as a positive. Oral ingestion of Epsom salts typically would cause diarrhea. Obstetricians were familiar with this since it was used commonly to treat constipation of pregnancy. When a woman developed toxemia, it made sense to them to use it as a cathartic in combination with gastric lavages and enemas.

The first “infusions” of magnesium were thus done rectally. Rissman also injected magnesium sulfate intrathecally as early as 1906 (after performing a lumbar puncture), believing that it acted as an antitetanic agent since he believed that the toxins of eclampsia worked similarly to the tetanus toxoid. Magnesium sulfate had already been used as treatment of tetanus, though modern literature has shown it to be ineffective. So magnesium entered into the picture as both an “antitetanic” and a “cathartic.” Since it was relatively benign compared to other treatments, its use became more common. Rissman reported that rectal infusions resulted in fewer convulsions, and indeed they may have given what we understand today. This observation was the basis for Lazard’s simplified treatment. By 1933, he had reported on over 500 women who had received magnesium intravenously at Los Angeles General Hospital, using a small dose. Ultimately, Jack Pritchard and Frederick Zuspan built upon Stander’s, Eastman’s, and Steptoe’s work to give us the current dose regimen we utilize today.

Jack Pritchard, working at Parkland Hospital in Dallas, is largely responsible for making magnesium sulfate the standard of care for prevention and treatment of eclamptic convulsion. In 1955, Pritchard reported on 211 patients with either preeclampsia or eclampsia who received a 4 gram IV bolus of magnesium sulfate followed by repeated dosing, with only one maternal death. By 1975, he reported on an additional 154 eclamptic women who were treated with magnesium sulfate, antihypertensives, induction of labor, and supportive care, and there were no maternal deaths and no deaths of newborns who weighed over 4 lbs.

In the modern era of obstetrics, we have several advantages in treating preeclampsia/eclampsia, including effective antihypertensive agents, ICU support, effective methods of induction of labor, safe cesarean delivery, etc. Today, at least in the United States, death or significant morbidity from eclampsia is exceedingly rare.

John Moran recalled Horace in 1921 when discussing the then treacherous management of eclampsia:

The keynote in the treatment of eclampsia is prevention. Yet either in the prevention or treatment of actual eclampsia an even mind is essential. “Aequam memento rebus in arduis servare mentem,” as the old Latin bard has sung.

Indeed prevention remains our most valuable tool. Our system of prenatal care, with more frequent visits towards the end of pregnancy, is predicated upon detecting preeclampsia before severe symptoms arise, and then ending the pregnancies as soon as reasonable to prevent eclampsia from occurring.

How do we prevent preeclampsia?

Secondary prevention of eclampsia involves delivering those who are risk of progression from gestational or chronic hypertension to preeclampsia or those with preeclampsia with severe features to eclampsia. This is accomplished by early detection and timely delivery, along with the use of antihypertensives and magnesium sulfate in some cases. In the past, there has been controversy about which patients benefit from magnesium for the purposes of seizure prophylaxis, with some offering it to all hypertensive patients while others have restricted it to those with severe features. The current management of hypertension in pregnancy is guided by the ACOG Task Force on Hypertension in Pregnancy. They recommend that,

This should, for now, settle the debate about whether magnesium should be used prophylactically in preeclamptic patients without severe features, but, nevertheless, the practice remains common. Other preventative measures not recommended by the Task Force include bed rest. The Task Force also recommends delivery of preeclamptics at 37 weeks of gestation or at no later than 34 weeks of gestation if severe features are present, as part of secondary prevention.

Tertiary prevention of eclampsia involves preventing recurrent seizures among women who have already delivered, and, here again, the interventions are magnesium, antihypertensives, and delivery.

What’s the evidence for using magnesium?

For treatment of women with mild disease (preeclampsia without severe features):

How does magnesium prevent seizures?

Magnesium has been shown to be superior to a variety of anti-epileptic drugs for the treatment of eclamptic convulsions, such as phenytoin and diazepam. For this reason, it is thought to have a mechanism of action independent to that of the most anti-epilpetic drugs, but we do not know the actual mechanism of action. A variety of theories have been proposed, but none as of yet has substantial evidence. Most involve effects on the blood-brain barrier and its ability to antagonize depolarizations or block the NMDA-receptor ion channel. It is important that we do not make over simplifications for how magnesium works; I once heard that it reduced seizures because it retarded the activity of muscles (this explanation undoubtedly made sense to the person who said it, since it also stopped uterine contractions in his mind). Wild guesses and speculation do not often advance science. What we know is what the data shows: Magnesium prevents seizures by about 50% among women with preeclampsia with severe features, and possibly maternal mortality. That’s all.

In the end, magnesium did work to prevent seizures, but for all the wrong reasons. Yet, its proponents, who were wrong in their belief that it would work as a cathartic or a antitetanic, felt redeemed by the fact that it prevented seizures, helping them save face after a career of claims that were not, at first, based in evidence. We will see this pattern repeat itself. Magnesium was used for generations as a tocolytic, despite no evidence of benefit or efficacy. Yet, its adherents have been steadfast, hoping for justification in the end. This time, it came in the form of an “evidence based” benefit of preventing cerebral palsy. Surely, if this benefit were genuine, then two generations of nonscientific use of magnesium would be redeemed at last.

Physicians are horrible for falling prey to the “Law of the Instrument,” populary stated as, “If the only tool you have is a hammer, everything looks like a nail.” This form of confirmation bias helps us understand why magnesium sulfate, the high-risk obstetrician’s little tool, was wielded next on the problem of preterm labor.