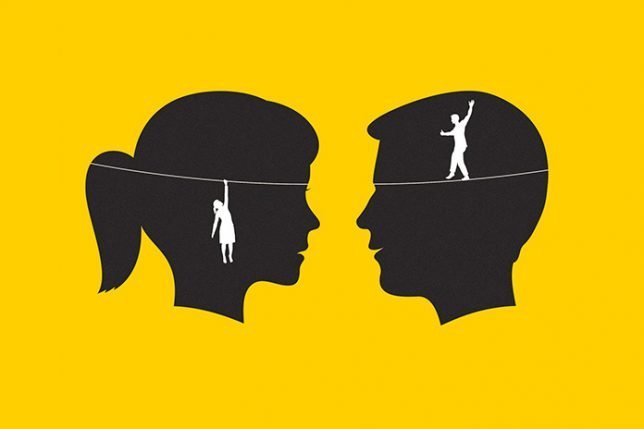 As a collector of old Ob/Gyn textbooks, I am absolutely amazed at some of the male chauvinistic gems they contain. Here’s a good one from 1934 (Thorek’s Surgical Errors and Safeguards):

He was discussing vaginal repairs, of course. The same author was wise enough to point out a couple of paragraphs later that “Many useless surgeries are performed for pecuniary reasons.” Sounds like it was a dangerous time to be a pelvic floor surgeon. I’d be willing to bet something else was going on that led to the two surgeons being killed.

Joel-Cohen, in his 1972 masterpiece Abdominal and Vaginal Hysterectomy, was kind enough to include as a separate insert a small tract for the “operating nursing sister” that taught her her role in performing an abdominal hysterectomy. The small, 15 page tract shouldn’t be too much of a bother for her to learn her place in the operating theater while the male surgeon read the full 170 page treatise. Therein he’ll encounter medical advice like this,

Thus the patient is admitted on a Sunday evening, has her operation on Monday morning, stitches out on Saturday and home on Sunday morning. I must admit that on numerous occasions, when the husband is a keen Sunday golfer, I discharge her on Saturday after removing her sutures.

Hmm. How nice. That being said, Joel-Cohen’s book is also full of brilliant advice and he was a pioneer in his time.

In case you are wondering, the book is 923 pages long. The keen index editor decided to qualify the entire text as chauvinistic. Pritchard and MacDonald were back again for the 16th edition in 1980 and so too was our furtive index editor:

Yes, the book got longer and apparently the chauvinism more dripping. The mysterious index entry disappeared in the following 17th edition and Norman Gant was added to the authorship team.

So who was this crazed feminist that dared disparage Jack Pritchard’s work with these easter eggs? Well, apparently, it was his wife. In the preface to the 15 edition, the last paragraph reads:

Finally, no amount of thanks can express our gratitude to Ms. Signe Pritchard for her myriad contributions beginning with manuscript and ending (?) with index.

I’m not sure what the ‘(?)’ was for, but presumably he had written the preface before the index was finished so he was coyly hedging about thanking her for work she hadn’t yet done. I guess she got him back. Signe was thanked again in the preface to the 16th edition. In fact, Pritchard and MacDonald dedicated that edition to their wives (the prior edition was dedicated to doctors):

This edition of Williams Obstetrics is dedicated to Signe and Sue, whose love, loyalty, and devotion allowed us to pursue the careers that pleased us most–and whose patience, assistance, and criticisms renewed our dedication to do so.

I guess neither of them bothered to look at the index. I have no reason to dislike Jack Pritchard, but his personality was typical of his day. He was appointed Chair of the department at Parkland at age 33 when there was just one other faculty member and he built it into one of the preeminent departments in the nation. Maybe his wife was just joking. But do be careful with personality cults. More than anything, Pritchard (like Osler, Halstead, and Howard Kelly before him) was at the right place at the right time. But the bigger the personality, the more lingering the dogma.

For example, the authors recommended bed rest for the treatment of preterm labor. Why? Pritchard is credited with basically inventing evidence-based obstetrics. So one would assume that the recommendation of bed rest for preterm labor was based on scientific evidence. They tell us that the success of bed rest was, in part, attributable “to the reassurance of the mother that she is being treated.” In other words, calm the silly woman down with a trick and her body will behave. In the same chapter, they criticized the early studies that advocated magnesium sulfate for treatment of preterm labor, saying “the validity of the conclusions that were drawn are suspect.”

So, what’s the standard? Bed rest makes sense because it comports with the worldview that women are weak and when things go wrong in pregnancy it is due to their inherent weakness and inadequacy, but magnesium is not an effective tocolytic because Pritchard didn’t come up with the idea first? Like most texts of the era, there is good and bad but the fundamental view that men were saving poor little damsels in distress was omnipresent.

Recall that preeclampsia was once called toxemia because it was thought to be a build-up of toxins in the maternal blood that had not been secreted through the normal monthly purification of the menstrual cycle. Miscarriages must be caused by the woman doing something she shouldn’t have done, like picking up a bag of groceries. Bottle feeding was superior to breast feeding because men had used science to outsmart the female breast. In fact, for about half of the twentieth century, obstetrics consisted of rendering pregnant women unconscious, cutting a procto-episiotomy, and ripping the child out with forceps. Sounds very efficient and modern.

But surely we don’t think this way today. Have you ever recommended that a woman be on bed rest for any condition in pregnancy? Have you ever mocked a woman with a birth plan? Have you ever told a woman to “take it easy”? Do you believe that a Cesarean delivery is an improvement over vaginal delivery? Do you believe that when women suffer from depression or anxiety it is related to abnormal hormone levels? Much of the worldview of modern obstetric practiced was formed with the belief that women were inept and incapable and that science needed to fix them. Think about that next time you integrate old myths into your practice.