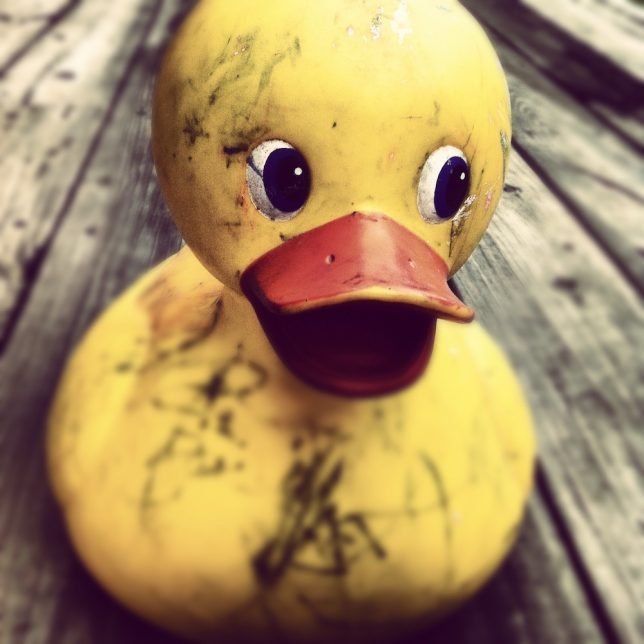 If you’ve never heard of the Antimullerian Hormone (AMH) Syndrome before, don’t worry: I just made it up. I’ll tell you what it is in a minute. But first, let’s talk about AMH.

Therefore, AMH blood levels are thought to reflect the size of the remaining egg supply – or “ovarian reserve”.

AMH levels are used by fertility clinics in a variety of ways, but mostly to push women to more expensive interventions (like in vitro fertilization) earlier in their treatment course. The logic is that if a woman has a lower “ovarian reserve” she doesn’t have time to waste and should get to a definitive treatment as soon as possible. It has become a standard screening test in fertility clinics for this purpose. A “bad” AMH level weighs heavily on the minds of women who are already struggling with infertility and they will quickly skip interventions like intrauterine inseminations or other low-tech and less expensive options in the treatment armamentarium and run towards IVF, even if it means mortgaging the house. A physician friend of mine (who is ovulatory and has no history of infertility) had an AMH checked (apparently just because she is older); it was low and her physician talked to the REI who immediately recommended that she undergo IVF and have embryos frozen for future pregnancies since she would soon be menopausal. I guess it follows that if your AMH is low and you only have a few eggs left then soon you will become menopausal as the reserve is exhausted.

AMH levels have transformed fertility clinics over the last decade, changing the way that women are counseled about their fertility, and heavily influencing what choices they make for treatment.

There’s just one problem: there was never any science to support these claims. That may sound like an amazing statement; I am certain that you have been to a meeting and heard a talk where a respected physician told you how he or she uses AMH for these very purposes. You might even recall reading something about it or seeing it in a treatment algorithm. But, nevertheless, my statement stands: there was never any science behind it.

In 2002, de Vet et al. showed that AMH levels correlate with ultrasound-assessed antral follicle counts (AFC). It was also noted that AMH tends to decline year-over-year as women age (by about 5.6%, Bentzen et al., 2013). This work allowed nomograms to be developed which show that AMH levels increase in early puberty, plateau between ages 20 and 25, and then gradually decline towards menopause.

At the same time, other researchers noted wide intra- and inter-cycle variation (Wunder et al., 2007) and a large number of factors which might influence AMH levels like current (Dolleman, 2013) or past (van de Berg, 2010) oral contraceptive use, obesity, ethnicity, smoking, and differences in the AMH gene and its receptor.

Still, the basic science understanding of what AMH is and other observations led folks to hypothesize that it might be a good test to either predict time to infertility or menopause or the chance of pregnancy in infertile couples. When a hypothesis is generated, the usual next step is to test it; but too often in medicine, hypotheses are rushed into practice because it just “makes sense.”

However, finally this month an actual study was published which addressed the utilization of AMH levels to predict infertility. Steiner et al. studied 750 women and looked at serum AMH, serum FSH, inhibin B, and urinary FSH levels in women aged 30-44. They found that biomarkers associated with diminished ovarian reserve compared to normal ovarian reserve were not associated with reduced fertility. They also note,

Despite lack of evidence of their utility, biomarkers of ovarian reserve are being promoted as potential makers of reproductive potential.

So, ovarian reserve and fertility potential are not necessarily the same thing. Does that make sense? It doesn’t have to; it’s what the evidence shows. Studies have yet to show that a lower than expected number of ovarian follicles correlates with a decreased chance of future fertility. The authors found no difference in the time to pregnancy among the oldest group of women (38-44) with low AMH levels compared to normal AMH levels. More importantly, this paper doesn’t represent a change in belief or new and contradictory evidence; on the contrary, there was never any evidence that low AMH levels were associated with subsequent infertility. Physicians jumped the gun and started using AMH levels in an inappropriate way without sufficient evidence, harming women in the process.

Now we can define The AMH Syndrome. It is characterized by the following constellation of symptoms:

So, what are some other examples of the AMH Syndrome?

Fetal monitoring. Electronic fetal monitoring was first introduced into obstetrics with the promise of reducing the risk of cerebral palsy. Between 1958 and 1963, Edward Hon at Yale and Caldeyro-Barcia in Uruguay did the basic science research that allowed for the viability of continuous electronic fetal heart rate monitoring and also determined that delayed or late decelerations, as well as some types of bradycardia, variable decelerations, and diminished or absent variability, were associated with potential fetal distress. These basic science breakthroughs then led to conclusions not yet supported by clinical trials; it was naturally believed that if intrapartum fetal distress could be detected, then fetal outcomes could be improved. Physicians in clinical practice, eager to improve neonatal outcomes, started to embrace an idea that “made sense” and Hewlett-Packard, eager to make money, manufactured and sold the product. The patent-holders, eager to make a fortune, were all to happy to claim benefits not yet proven.

At first, fetal monitoring was used only on the highest risk pregnancies where the potential magnitude of beneficial effect would be the greatest, and soon both anecdotal and published reports of its potential life-saving benefit in that population were widely available. Then, due to therapeutic drift, the monitoring was extended to all pregnancies (and intermittent monitoring eventually became continuous). In retrospect, this practice has not decreased the risk of cerebral palsy, but it has dramatically contributed to the rising Cesarean delivery rate (and therefore maternal mortality) as well as the negative medico-legal climate of obstetrics. Today, even though evidence shows intermittent fetal monitoring is superior to continuous monitoring in average to low risk pregnancies, continuous electronic fetal monitoring continues to be used almost exclusively, creating a false but de facto standard of care.

Ultrasound. In the same way, over-utilization of obstetric ultrasound is another prime example. Where a biophysical profile (BPP) might theoretically reduce the risk of intrauterine fetal demise in a patient with preeclampsia, indication drift soon has the same BPP being applied to patients just because they are older than 35 or smoke cigarettes or some other indication for which no evidence exists. Both the manufacturer of ultrasound equipment and the physician make money off this expanded utilization, but the mother and baby are the ones who suffer due to iatrogenic prematurity, unnecessary inductions, and greater risk of cesarean delivery. Even clear-cut guidelines from our professional societies don’t stop over-ordering of BPPs, particularly in Maternal Fetal Medicine clinics whose funding is dependent upon over-utilization of testing.

Da Vinci robot. The da Vinci is another great example of The AMH Syndrome. There were no large prospective studies that showed that patients benefited from the use of the da Vinci system either in terms of outcomes or costs prior to its promotion from industry. The company obviously stood to make billions from large scale distribution of the robotic system and so did early physician champions, many of whom either worked for the company or sought to take advantage of the corporate marketing and distinguish their practices from their peers’ practices. Drift was fast and inevitable. Just because a da Vanci robotic hysterectomy might make sense for an ovarian cancer staging case doesn’t mean it makes sense for a benign hysterectomy, let alone a prolapse case. Today, it’s not uncommon to see it used for diagnostic laparoscopies or even sterilization procedures! Mature data consistently show that for almost all procedures for which the da Vinci is used, outcomes are not improved but costs explode. Still, so much investment has been made in training and equipment that physicians refuse to follow evidence-based recommendations for the appropriate use of the robot and consequently continue to mislead patients about purported benefits. Cheap plug alert: if you want to do hysterectomies in an evidence-based way, buy my book.

Magnesium sulfate. There are few better examples of the disconnect between science and practice than of magnesium sulfate tocolysis. Magnesium was adopted before any study showed improved neonatal outcomes and subsequently no study ever showed improved neonatal outcomes with magnesium tocoylsis but its use persisted and expanded. By 1991, the evidence was overwhelming that the practice was ineffective but it was still promoted by Maternal Fetal Medicine specialists. Long after the practice had been proven ineffective, new studies and trials were still being launched by those desperate for a false positive study that would justify its continued use. It never came. Finally, a new approach was taken: we won’t say we are using magnesium for tocolysis, we will say that we are using it for prevention of cerebral palsy (neuroprophylaxis). Study after study still failed to produce a significant result, but that evidence was ignored and marginalized until one subset analysis of a study showed a finding of marginal statistical significance and this finding, which was contrary to everything known about the topic and even the main conclusion of the study, was heralded as an important breakthrough by the true believers. The same physicians who accepted the most marginal evidence to argue for continued use of magnesium sulfate ignored follow-up data from the same study which showed no difference in childhood outcomes. But, recall, selective interpretation of evidence is a key feature of The AMH Syndrome.

Progesterone for miscarriage. The majority of obstetric providers recommend that patients check a progesterone level if they have had a history of miscarriage and consider progesterone supplementation if it is low (or even just empirically). There has never been any scientific evidence that progesterone supplementation will increase the live birth rate; despite this, the practice continues unabated. Each and every new study that confirms progesterone’s ineffectiveness is ignored. How is this financially motivated? Or, for that matter, how is the use of magnesium sulfate financially motivated? There are lot of conditions in medicine for which no good interventions exist. We have no intervention that stops preterm labor once it starts or that decreases the risk of miscarriage (in most cases). Patients are desperate and often willing try anything; doctors will distinguish themselves from other doctors by their willingness to try interventions that others will not and give hope where others have failed to. This earns those physicians more patients and that means more money.

There are tons of other examples where therapeutic or diagnostic drift occur without evidence because it is financially beneficial. How about routine urodyamic testing for simple stress incontinence? Universal first trimester screening? Universal diabetes screening? Mammography in the 5th decade in average risk women? Pap smears in women under age 21? Under-utilization of long-acting reversible contraception in deference to oral contraceptive pills? Over-utilization of DEXA scanning (particularly when the physician owns the machine)? Thrombophilia work-ups for women with a history of infertility or recurrent miscarriage? Ultrasound of cervical lengths after 24 weeks? Et cetera.

What other examples of The AMH Syndrome are you aware of? What do you routinely do in practice that has no basis in science? How about prophylactic salpingectomy? Were you even aware that there was never any science behind checking AMH levels to predict fecundity? If not, what does this tell you about how information is disseminated in our journals and meetings?