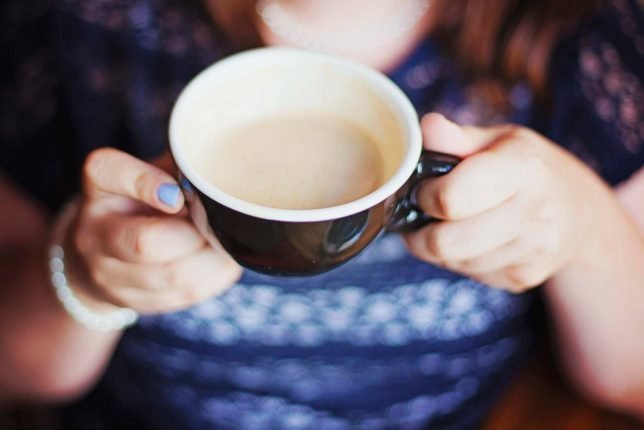 I hear it and see it all the time: caffeine causes fibrocystic change or at least makes the pain and breast tenderness associated with fibrocystic change worse. Hundreds of women have told me over the years that they avoid caffeine, at the advice of a physician, specifically for this reason. I’ve seen it in patient education information and a quick Google search will shows hundreds of “health” websites repeating this claim. It’s in dozens of health-related books. Some even claim that caffeine causes breast cancer. I’m sure many of my readers routinely tell their patients with breast pain to avoid caffeine as a treatment.

But is there any evidence that caffeine causes breast pain or fibrocystic breast changes? No.

Before we get to the evidence, let me editorialize for a moment. Medicine is full of these types of canards. Most of the advice and counseling given to patients is not based on evidence but is anecdotal at best and handed down casually from teacher to learner; the myths are therefore perpetuated. Remember this howardism to break the cycle: Never give a patient health advice that you don’t know to be true.

The story of this particular canard follows a typical pattern: a potential association is discovered in the data and a hypothesis is formed; the champions of the hypothesis are quick to draw conclusions that are not warranted by the data and the theory goes viral. The hypothesis enters medical practice before the hypothesis is actually tested. Eventually, the theory is subjected to more rigorous investigation and it is found to be untrue. By that time, however, it is so widespread into clinical practice that it has become “true” in most people’s minds and subsequent evidence is ignored or dismissed. Those who hold the hypothesis to be true just assume that there was once good evidence that supported it (even though there almost never was).

So let’s look at the evidence for this theory and where the popular belief originated.

The idea seems to have originated with the research of John P. Minton the 1970s. Dr. Minton was a surgical oncologist who studied breast cancer and potential breast cancer precursors. He died in a car accident in 1990 before much of his work was completed. He was also interested in decreasing the number of unnecessary breast biopsies for benign disease, and this (in his mind) meant decreasing how many women presented with fibrocystic change (fibrocystic disease as it was then called).

Note the pattern of rapid adoption of a hypothesis into medical practice before adequate study. Also note the typical poor quality of studies from the 1970s. A study of this type (13 patients)  should hardly merit a poster presentation at a local science fair by a student, but in 1979 and 1980 it led to publication in two preeminent journals and fame for its author. Unfortunately, much of the “scientific” foundation of modern medical practices is rooted in similar quality evidence.

In 1982, Marshall et al. performed a case control study of 323 women with fibrocystic change and 1458 without and found no difference in their utilization of caffeine.

Ernster et al. published results of a randomized trial in 1982. They randomized 158 women with benign breast complaints and fibrocystic change to caffeine restriction or no dietary changes, and did mammograms before and after 4 months to objectively assess changes. They found no clinically significant changes and there was no differences in the mammogram aided diagnosis of fibrocystic change.

In 1984, Heyden and Muhlbaier performed another prospective study where 72 women were examined monthly over 7 months. Their symptoms, caffeine usage, and clinical histories were blinded to the examiners. The resultant exams showing fibrocystic changes were not correlated at all with the amount of caffeine consumption. The authors pointed out that a diseases that “waxes and wanes” as much as fibrocystic change is difficult to study without long term and blinded studies, which was an obvious knock at Minton’s methodology.

In 1986, Heyden and Fodor published additional data from a five year retrospective study of 358 women with fibrocystic change and related coffee consumption. They concluded that “there is no scientific basis for an association between the consumption of methylxanthines and the development of fibrocystic breast disease.”

Later in 1986, Levinson and Dunn published a literature review of the evidence up to that point and concluded that “physicians need not recommend the avoidance of caffeine in otherwise healthy women who have fibrocystic breast disease.”

This was essentially the end of the literature relating to caffeine and fibrocystic breast disease because the issue was put to rest. But, as is usually the case with these types of stories, the myth did not die. The scientific evidence didn’t matter. Dozens of books have been written since then which are quick to cite the original article by Minton but no other papers. These reports do not view his study critically in any way. Thousands of websites report that caffeine causes or makes breast pain or fibrocystic changes worse and tens of thousands of doctors and nurse practitioners counsel patients about this “association” regularly.

There is far too much inertia in clinical medicine; for a field that is supposedly scientific, the majority of interventions and treatments lack a scientific basis.

While we are at it, how about Vitamin E for treatment of breast pain? Robert London reported in 1976 that he gave 12 women who had fibrocystic breast pain a Vitamin E supplement and 10 improved over the course of two months. This is the basis of the usage of Vitamin E for breast pain. In this case, London himself conducted a randomized trial in 1985 of 128 women which showed that Vitamin E was of no benefit. Nevertheless, Vitamin E is still commonly recommended as a treatment for breast pain.

Unfortunately, this phenomenon doesn’t just happen for relatively benign interventions like these. It happens for serious and consequential interventions all the time. Remember the pattern:

We could list numerous examples. I will cite magnesium for tocolysis as an intervention that fits this pattern perfectly (or use of progesterone for treatment or prevention of miscarriage or use of AMH to predict fertility). But if your interested in this topic, take a look at this 10 year review of 146 reversed medical practices (the list of each one is here). I will tell you which of the 146 no-benefit practices are related to OB/GYN:

How long before all these useless interventions go away? How about cardiac stenting, which just this week suffered yet another embarrassing reversal? Stents neither relieve chest pain nor improve mortality.

One trick is not to adopt practices before real evidence of efficacy, no matter how much it might make sense. Another is to give up practices as soon as evidence shows no benefit. Check out choosingwisely.org for more stuff you should not be doing (I have listed the obstetrics and gynecology ones in this article).