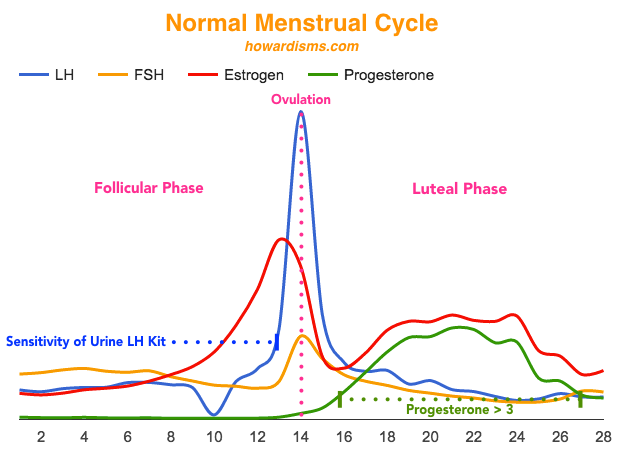 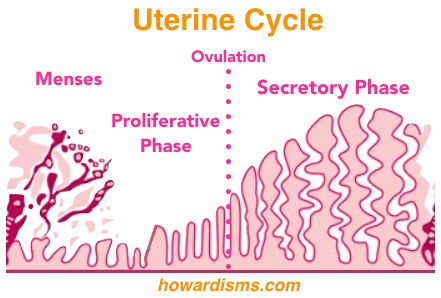 Most gynecologists are very familiar with the premenstrual syndrome (PMS), which has a variety of nonspecific symptoms like stress, anxiety, emotional lability, headache, fatigue, etc., and a variety of physical symptoms like bloating, cramps, breast pain, etc. In fact, hundreds of symptoms have been attributed to PMS or premenstrual dysphoric disorder (PMDD). There is no doubt that many of these symptoms, confined to the luteal phase, are related to the menstrual cycle. Most are probably related to the rise in progesterone and the relative rapid fluctuations of estrogen. But the explanation for many symptoms is still not understood or at least poorly understood. Bloating, for example, is likely related to progesterone effects on the bowel; this can be a confusing symptom in women who have IBS or other functional bowel issues, who confuse their symptoms with menstrual issues. Worse, there may be improvement in the underlying functional bowel disease with the initiation of birth control pills, and the real diagnosis goes missed and inadequately treated.

Indeed the biggest problem with premenstrual symptoms in women is misattribution. Be careful to explore other causes for emotional lability, anxiety, and fatigue before just assuming it’s PMS and starting a birth control pill. Hormonal cyclic changes may contribute to these many nonspecific changes, but a good history often reveals other underlying causes. Unfortunately, few gynecologists insist upon a menstrual symptom diary before making a diagnosis.

Ovulation can be detected before the fact with home LH detection kits for the urine. LH hormone peaks on the day of ovulation at an average of 42.6 IU/L. However, the home detection kits detect LH in the urine at levels around 10-20 IU/L, therefore predicting ovulation usually the day before it happens. This fact is convenient for timing of intercourse, since intercourse on the day of ovulation or later is unlikely to result in pregnancy.

Afterwards, ovulation can be confirmed by checking a midluteal progesterone level (day 21 of a 28 day cycle, or usually 8 days after the first positive home LH kit). Any value above 3 ng/ml is consistent with ovulation (see William’s Gynecology if your jaw just dropped to the floor in disbelief). This number confuses many practicing OB/Gyns and fertility specialists, who often cite the number 10 or even 12 as being consistent with ovulation. But 3 is the number. Why the confusion? I suspect it is because 3 ng/ml of progesterone is equivalent to 9.54 nmol/L of progesterone (which rounds up nicely to 10). That’s right: people just used the wrong units. (Science? Meh…). In the US, we typically use the conventional unit (ng/ml) but in international journals and sometimes in US journals, the SI units (nmol/L) are used instead. Much of the early work from the 1980s on detecting ovulation with midluteal progesterone was either European or South African, thus apparently confusing many American audiences.

What’s worse, some descriptions of so-called “luteal phase defects” from the 1990s suggested that women with a midluteal progesterone levels less than 10 ng/ml may have the condition. The 5th to 95th percentile range of Day 21 progesterones in normal ovulating women is 8.2 to 17 ng/ml (if you are off by even a day or two one way or another, then lower values of 5 and 6 become very common). Declaring that women who have values of less than 10 have a “luteal phase defect” would condemn at least 15% of women to having this diagnosis. Such demonization of the corpus luteum was common place before we understood better the many causes of miscarriage, almost none of which are related to hormone levels.

The idea of a luteal phase defect is that if the corpus luteum doesn’t secrete progesterone long enough and at adequate amounts, then a pregnancy may not implant or, if it does, it may miscarry. Pregnancies usually implant within 6-10 days after ovulation; the later the implantation occurs, the higher the rate of miscarriage. Because of these facts, physicians have attempted to give progesterone supplementation to women with a history of miscarriage or with a low serum progesterone level in early pregnancy. The majority of studies have focused on luteal phase support in pregnancies achieved with assisted reproductive technologies. But in naturally occurring, spontaneous pregnancies, there is simply no good scientific evidence that a luteal phase defect even exists, or, if it does, that progesterone supplementation is effective in reducing the risk of miscarriage. Even if the defect does exist, its diagnosis can only be established with endometrial biopsy. The problem theoretically would be the premature decidualization of the endometrium, and progesterone supplementation is not necessarily going to fix this, since it may have more to do with progesterone receptor activity or other unknown factors rather than serum levels of progesterone.

Progesterone therapy has been offered by a majority of practicing gynecologists to treat recurrent pregnancy loss in women with low serum progesterone levels or a history of miscarriage without any scientific evidence for decades. The promotion of the idea of a “luteal phase defect” as a cause of miscarriage, along with the observation of the utility of progesterone supplementation in artificial reproductive cycles, spurred on this non-scientific practice. Worse, since many women with a history of recurrent pregnancy loss have been sent to specialists in reproductive endocrinology, they have often recommended this practice, having been strongly biased by their ART successes.

We have known since the 1980s that low serum progesterone levels were predictive of a high likelihood of miscarriage. This, too, naturally promoted the idea that we could add back progesterone and fix the problem (we are, after all, the generation that conquered nature!). But, alas, some of this is chicken and egg thinking. Is the serum progesterone level low because the pregnancy is destined to fail, or is the pregnancy destined to fail because the progesterone is low? We too quickly draw conclusions from the two or three pieces of data we understand, making false conclusions and offering false hope. Today, our understanding of early pregnancy development is much more complex but still lacking. How good is your knowledge of pinopodes and alpha-v beta-3 integrins? How about osteopontin, Th1 and Th2 cytokines, or the progesterone-induced blocking factor (PIBF)? I’ll bet if there were commercial lab tests available to check levels of these things (and some pharmacy willing to make them), doctors would check levels and replace (or take away) in an effort to stop miscarriages. Sounds ridiculous? It’s what we have been doing with progesterone for thirty years.

The highest quality study ever performed on the subject of progesterone supplementation was published in 2015 in the New England Journal of Medicine. The PROMISE Trial randomized 836 women with a history of three or more miscarriages to receive progesterone supplementation or placebo once they achieved spontaneous pregnancies. The rate of live birth after 24 weeks was no different in the two arms. This study is currently the only quality study ever done on the issue and should be enough to end the practice once and for all. Unfortunately, I doubt it will have that impact.

It may not surprise you that the traditional ideas of how the menstrual cycle hormones interact is a only a theory with a lot of holes. Have you ever been confused by some of the apparent contradictions of how certain drugs work (like clomiphene or letrozole) or how the positive feedback of estrogen and progesterone affect GnRH, etc.? Don’t worry, the model is probably just untrue and/or incomplete. Read more here if you are curious.