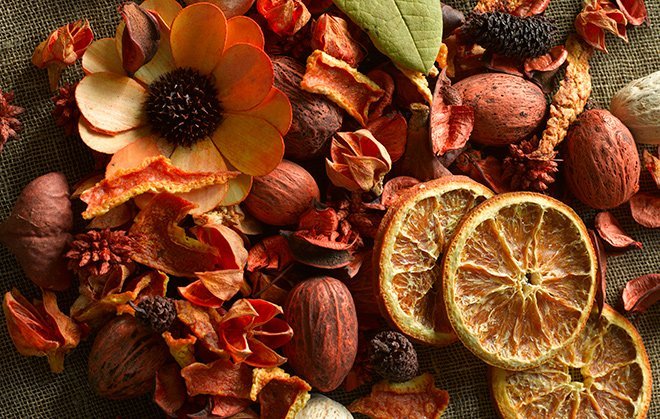 This 2016 study by Meyer et al. compared placing a swab in the vagina instead of placing it in the urethra to detect urethra hypermobility. Traditionally, urethral hypermobility has been defined as achieving more than 30° of deflection of the stem of the swab from the horizontal plane when placed in the urethra during valsalva. This de facto standard was first described in 1971 by Crystle et al.  The current investigators sought to determine whether the same information could be obtained simply by placing the swab in the vagina.

Each woman was assessed in both ways; half started with the urethral swab and half started with the vaginal swab. The authors found that women found the urethral swab more uncomfortable (shocking!) and they found that there was no statistically significant disagreement between the two methods in diagnosing urethral hypermobility when the definition of 30° deflection from the horizon was used.

Change Your Method of Induction

There are a thousands of variations that have been utilized over the years to induce labor. Data supporting various methods of induction are mixed to say the least, and when you see this pattern in studies, it usually means that there really is not much difference between the various methods. More important factors than the method of induction likely include patient selection and provider patience.

A new study published last month seems to finally show a clear benefit of one method over others. Levine et al. randomized 491 women to one of four methods: misoprostol alone, Foley alone, misoprostol-Foley concurrently, and pitocin-Foley concurrently. All women had a Bishop score of 6 or less and were less than 2 cm dilated.

This appears to be the highest quality study to date to answer this question and should affect clinical practice. The protocol was placement of a 30 cc Foley which was inflated with 60 ml of water. This was taped to the inner thigh and removed when it fell out or in 12 hours. A 25 mcg dose of misoprostol was placed per vagina and repeated every 3 hours up to a total of 5 doses. Pitocin was started when cervical ripening was no longer needed and if contractions were not adequate at that point. Pitocin was started at 2 milliunits and increased every 15 minutes until regular contractions, with a maximum of 40 milliunits.

If the every 3 hour frequency of misoprostol sounds too close or the dosing interval or maximum dose of pitocin sounds too aggressive then think again. These are evidence-based, safe, and appropriate dosages for both medications. There were no differences in neonatal outcomes or intrapartum outcomes, like non-reassuring fetal heart tones, between the four groups.

One question that remains unanswered is whether the misoprostol could be administered by a different route, e.g. sublingually or buccally. I suspect the answer is yes based on other clinical trials, but that data is not available from the current trial.

Over the years, a wide range of advice has been given to women who have suffered a miscarriage about when they should next try to conceive. A common recommendation has been to wait 6 months or so, often with the warning that getting pregnant sooner than that might increase the risk of another miscarriage. Like most advice given to pregnant women, this was never evidence-based. Retrospective studies of varying quality over the years have suggested that this advice was wrong.

Now a high quality study by Schliep et al. published in 2016 has confirmed what we already suspected: there is no reason to wait. They found that women who conceived within 0-3 months after suffering a loss were more likely to give birth to a live child than women who waited for some interval longer than that. There were was no increased risk of miscarriage or other early pregnancy complications in the group who conceived quickly compared to the group who conceived later. This study, as I said, is consistent with what the bulk of evidence already has shown: Don’t tell women to wait.

Don’t Use the One Step Diabetes Screen

A lot folks have been concerned about how we screen for gestational diabetes over the last decade because screening and treating for gestational diabetes has not apparently resulted in appreciably better outcomes for moms and babies. This observation (that we have done little to affect things like rates of macrosomia) has led to two divergent ideas. The first is that we need to focus our treatment only on the more diabetic segment of the population, screening fewer low-risk women and therefore having less false positive results; if there are too many healthy women in the population that is studied, then the effect of our treatment may be diluted in large studies. The second idea is exactly the opposite: label more women diabetic. I have never understood this second idea; but it is the basis of the one step diabetes screen.

Feldman et al. reported on their own experience with changing from the one step to the two step method in 2016. We have already seen reports from elsewhere, including a Canadian group, that found that the only effect of the change was increasing the risk of cesarean delivery without an improvement in neonatal outcome. They found that changing to the 2-hour approach resulted in more women being diagnosed with and treated for gestational diabetes (27% rather than 17%) and this resulted in, once again, an increased primary cesarean delivery rate (20% rather than 16%). Other neonatal factors, including the rates of fetal macrosomia and shoulder dystocia, were unchanged.

Bottom line: don’t use a one step screening method. The goal should be to diagnose less women, not more, with gestational diabetes; this will focus treatment on the most at-risk group and perhaps have an impact in improving neonatal outcomes without harming women in the process. This can be done by using 140 mg/dl as a cutoff for the 1-hour challenge and also by not screening low risk women. If this sounds like common sense, it is. The pursuit of labelling more women as diabetic never made sense statistically. If you can’t see a positive effect on the sickest group of patients, then expanding your treatment to healthier patients will surely increase the harms of the interventions imposed on women with false-positive test results. How does such a mistake happen? There are lots of reasons, including bias on the part of those who specialize in treating diabetes in pregnancy; but, I would also point out that there is a lot of money to be made by labelling more women as diabetic, particularly if you specialize in its treatment. It’s a shame that this is the case, but a lot of over-diagnosis is tolerated or even encouraged among subspecialists because it is revenue positive.

There are other unintended consequences, besides an increased cesarean rate, from the over-diagnosis of gestational diabetes: excess fetal screening, for example, may lead to false positive results and iatrogenic early delivery. The increased risk of cesarean is almost certainly due to cognitive bias imparted to the obstetrician managing the labor; these studies show that just labeling a woman as having gestational diabetes significantly increases the chance that she will have a cesarean. Remember this the next time you screen a white woman under that age of 25 who has a normal BMI and no family history of diabetes or other risks factors.