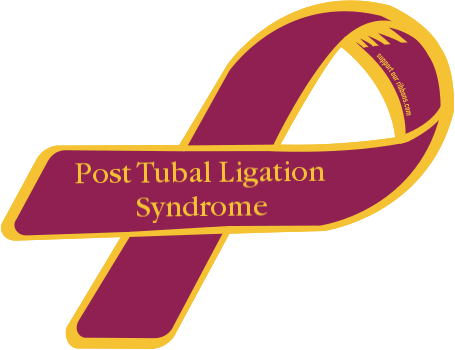 Ever heard of Post-Tubal Ligation Syndrome (PTLS) or Post-Sterilization Syndrome (PSS)? Your patients have. Everyone on Facebook and Pinterest has. The website tubal.org lists 45 symptoms of this devastating condition, including mood disorders like irritability, anxiety, and depression; genital symptoms like pelvic pain, ovarian cysts, and a stabbing pain at the time of ovulation; constitutional symptoms like weight gain, fatigue, and rapid heart rate; specific diseases like adenomyosis, osteoporosis, and irritable bowel syndrome; prolapse symptoms like stress incontinence or uterine prolapse; and everything else, from abnormal uterine bleeding to decreased sex drive.

Sound crazy? It is. But the internet and self-help books are full of information like this. Tubal.org comes up right at the top of Google search results. To make matters worse, doctors unknowingly (and sometimes knowingly) treat this condition every day. YouTube is full of crusaders trying to educate an at-risk public about the dangers and the vast conspiracy behind tubal ligation. Facebook and Pinterest have scores of memes and support pages for women whose lives have been ruined by sterilization. What’s going on? To understand why this is happening, we must first understand what is really going on.

Women who undergo a sterilization procedure often do so after years of either taking hormonal contraception, being pregnant, or breastfeeding. Once sterilized, these women stop their hormonal contraception, perhaps being free of its influence for the first time since adolescence. Then, over time, they begin to experience symptoms like those described above; most commonly, symptoms related to abnormal bleeding or pelvic pain lead the patient to a temporal association with her sterilization procedure, and this temporal association (which is often valid) leads to an incorrect causation assumption.

This phenomenon also commonly happens with IUDs. Many women get their first IUD after a pregnancy. Prior to pregnancy, they likely used systemic hormonal contraception. So, for the first time in their post-adolescent reproductive life, they are systemic “hormone-free.” Then, they notice increasing problems with ovarian cysts, pelvic pain, dyspareunia, or, most commonly, hair loss. If the IUD was a ParaGard, the problematic symptom might be menstrual. Again, the temporal association is made between placement of the IUD and development of symptoms.

Whether post-sterilization or post-IUD, the patient will often search  the internet for answers. A Google search of either “IUD” or “tubal” plus any of the above mentioned symptoms will lead to webpages which claim a causal relationship, and, often, a webpage like tubal.org which is dedicated to ending the world of such dreaded consequences of effective birth control.

Of course there is a lot of potential overlap in these categories. Having children and getting older both contribute to incontinence and pelvic organ prolapse, for example. But it’s hard to imagine that the resection of one or two centimeters of fallopian tube would be responsible. Yet, it has been studied extensively. As early as 1951, Williams et al. reported that there was a higher than expected rate of abnormal bleeding in women who had undergone sterilization. This was not a controlled study and the authors were arguing for routine hysterectomy rather than tubal ligation. Yet the paper inspired a generation of research into the problem. As late as the 1997 edition of TeLinde’s Operative Gynecology, the idea was still being espoused that hysterectomy might be a better option due to the PTLS.

A majority of papers in the 1970s argued that the syndrome was real and many authors speculated about possible signaling between the ovary and uterus that might cause menstrual issues. Papers from this decade didn’t consider the effect that oral contraceptives, which were relatively new, might have had on the before and after results they were reporting, or issues like the patients’ increasing age.

Controlled studies in the 1980s almost universally agreed that there was no difference in the incidence of symptoms in women who had been sterilized compared to matched women who were not on birth control. Yet, papers continued to report that women who had undergone tubal ligation were significantly more likely to also undergo hysterectomy. That fact, in and of itself, speaks more to the over-interventional nature of gynecologists than it does to the existence of any so-called Post-Tubal Ligation Syndrome.

As with many areas of medical research, data before the mid-1980s was mixed. Studies were characterized by poor methodology, lack of controls, surrogate outcomes, and little consideration for alternative explanations of observed data (Here is a typical example). In the modern era of medical research (starting somewhere in the mid-1980s to 1990), the issue has all but been put to rest (though this hasn’t changed the fact that almost 40 years of medical “research” can be cited by proponents of PTLS as evidence of their theory).

Unfortunately, it is easy to find both textbooks and articles, as well as practicing physicians, who are anecdotally sure that the syndrome exists, despite high quality scientific evidence to the contrary. The syndrome is compelling to many providers for two reasons. First, it is true that many women who have had their tubes tied present with these complaints (and it is difficult to compare this to women who do not present with the complaints because they are on hormonal birth control). Second, millions of hysterectomies have been done in the last 60 years with the syndrome as an excuse (which both financially benefits the physicians who believe in it but also is emotionally compelling because they genuinely believe they are helping the patients and fighting a real problem).

But, alas, science is science. There simply is no evidence that sterilization causes any of the complaints attributed to it. There are, obviously, complications to sterilization, like failure resulting in pregnancy, an increased risk of ectopic pregnancy if pregnancy should occur, regret about sterilization, etc. Similarly, there are individual risks of IUDs, like uterine perforation, but IUDs do not cause the vast majority of symptoms attributed to them.

The human instinct of blaming something apart from our own bodies for our problems is eager to blame sterilization or IUDs for problems actually caused by aging, ovarian senescence, or childbirth. The same instinct blames autism on vaccines or getting the flu on the flu vaccine. Physicians, in some cases, may believe some of these myths. I certainly know practicing physicians who will not get the flu shot for fear of getting the flu. This is irrationality in its highest form. But many more physicians simply do not take the time to educate patients about the real cause of their problems. For example, a patient may present with pelvic pain that she attributes to her IUD, requesting removal. The physician may then acquiesce and remove the IUD, starting the patient on OCPs. Three months later the pain will likely be better, either because whatever was causing the pain has resolved or because the OCPs are contributing to improvement of pain from an undiagnosed condition like endometriosis. But now both patient and physician have learned the wrong lesson: that the IUD has caused the symptoms. Both will influence dozens of others, especially in the age of social media, scaring women from getting appropriate birth control and, ultimately, causing harm. This happens every day with IUDs, perpetuating the Post-IUD myth in the same way that the Post-Tubal myth was perpetuated 40 years ago.

There is a more sinister side to some of these quasi-scientific claims: money. Some of the biggest advocates for PTLS in the 1970s were those who wanted to blame the syndrome on the type of sterilization procedure. The first endoscopic sterilizations were usually done with cauterization. The cauterization technique was blamed (without any evidence) as the actual cause of PTLS by those who stood to profit off of shifting the market to adopting new methods, like the Hulka clip or the Fallope ring. These claims eventually did not withstand scientific scrutiny, but they were used to market the new devices to a generation of physicians. Today, it is more often attorneys who seek to profit. Essure sterilization has had its own witch-hunt in the last few years, where the device has been blamed as a cause of Post-Tubal Ligation Syndrome, without calling it that directly. These claims have been roused up by attorneys who are eager for a class-action lawsuit. They have used social media to spread sensationalized (and often untrue) stories, soliciting women who respond and share some misattributed symptoms of their own to a Facebook post. But these claims do not stand up scientific scrutiny.

So what can we do? Educate patients at every opportunity about the real causes of their complaints. Don’t remove IUDs just because a patient has one of these complaints; instead, actually treat the patient. This might mean restarting OCPs, an antidepressant, or many other things, but don’t just blame the IUD and move on to the next patient. Point out to patients that temporal associations are weak evidence for causation. Practice science-based medicine. And get a flu shot.

Oh and by the way, tubal.org solicits its readers to sue and offers information to have their cases reviewed by attorneys. It is essentially an advertisement by product liability attorneys. Seems legit.