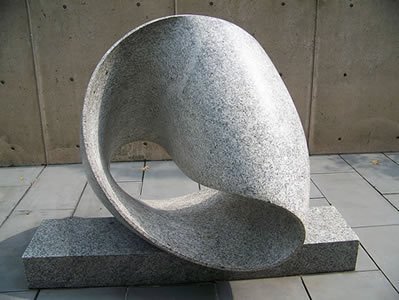 I recently came across this quote from an article in The American Journal of Surgery:

Then gynecologists became enthused over this new surgery and departed from their vaginal technique in order to combine their indicated pelvic work with these new operative wrinkles. In consequence, vaginal surgery became neglected and recently one could find busy clinics where not a single vaginal hysterectomy had ever been performed either by the present staff or by their predecessors. … Since the vaginal approach to pelvic disease is associated with less mortality, a small morbidity rate and a much more rapid convalescence, it is high time that present day gynecologists learned to appreciate the value of vaginal hysterectomy, acquire its technique, and extended its use.

I couldn’t have said this better myself. Reflecting back over the last twenty years, we have seen the time-honored and premier approach of vaginal hysterectomy slowly and painfully displaced by “new wrinkles” that have gained gynecologists’ enthusiasm. First, it was laparoscopy. This once novel approach appealed to the gynecologist’s desire to use the latest and greatest technology and toys – even if it came at a cost to women. At first, most laparoscopic hysterectomies were done as supra-cervical cases, as gynecologists slowly crawled up the learning curve. Leaving the cervix behind exposed women to risks, like cervical dysplasia and cancer, future prolapse, continued bleeding, and a possible future need for a trachelectomy. Once the cervix was within more gynecologists’ wheelhouse, a new cost to women arose: a near 10-fold increased risk of vaginal vault prolapse, along with significantly higher rates of bladder injuries, bowel injuries, and ureteric injuries. All the while, laparoscopic hysterectomy still trailed far behind vaginal hysterectomy in terms of cost, length of stay, cosmesis, and patient satisfaction.

Over time, vaginal surgery developed an increasingly-present crutch: laparoscopic-assistance. This tool was usually more a bandaid for declining vaginal skills than a true necessity. Pure vaginal hysterectomies were becoming relegated to surgeons over 50 years of age and to women with significant prolapse.

Soon enough, the next new operative wrinkle was the robot. The robot was supposed to fix many of the problems that the laparoscope had created: e.g., neck strain and back pain for the surgeon – while leading to improved exposure and instrument flexibility, etc. Yet, the only thing that really changed was an increased length of surgery, more and bigger holes on the abdomen, and substantially increased costs. Vaginal surgery, though, continued to fall into neglect and year after year it has become harder and harder to teach the next generation of gynecologists this cornerstone of our speciality due to fewer cases and poorer skills among attending physicians. A recent ACOG survey estimated that not even 1/3 of OB/GYN residents going into fellowship training are able to perform a vaginal hysterectomy independently.

Thus, as the quote above proclaims, today there exists whole clinics where vaginal hysterectomy is a lost art; where it is performed, it is usually woefully under-utilized. But I must confess something to you: the above quotation was written by N. Sproat Heaney in 1940, some 76 years ago! You see, the robot and the laparoscope are not the first inferior tools to come along and threaten the existence of the vaginal hysterectomy. The first threat was the abdominal hysterectomy.

The first modern vaginal hysterectomy was performed by Conrad Langenbeck in 1813 (though vaginal hysterectomies for prolapse date back over 2000 years). It wasn’t until 1843 that Charles Clay did the first abdominal hysterectomy. Vaginal hysterectomy remained preeminent until the 1900s, when Howard Kelly, one of the “Big Four” at Johns Hopkins, decided that huge abdominal incisions were much better and therefore popularized the abdominal approach. Most other gynecologists joined in lock-step. They felt like “real” surgeons with their expansive incisions and two week hospitalizations.

Kelly promised better exposure than the vaginal route, and an opportunity to do other things while there, like appendectomies and the opportunity to work on any other pathology that might be discovered during this exploratory laparotomy. Sound familiar? Kelly and his followers exposed generations of women to unnecessary invasiveness and often unnecessary surgeries for what we now know today were just anatomic deviations. Heaney, in the above quote, gives as an example the surgical correction of Jackson’s membrane and he chides gynecologists who chose to “invade the abdomen for ‘chronic’ appendicitis.”

Well, at least nothing much has changed.

Heaney was courageous for standing up against the fads of his time and putting the health of women first. Might we be ever so valiant.